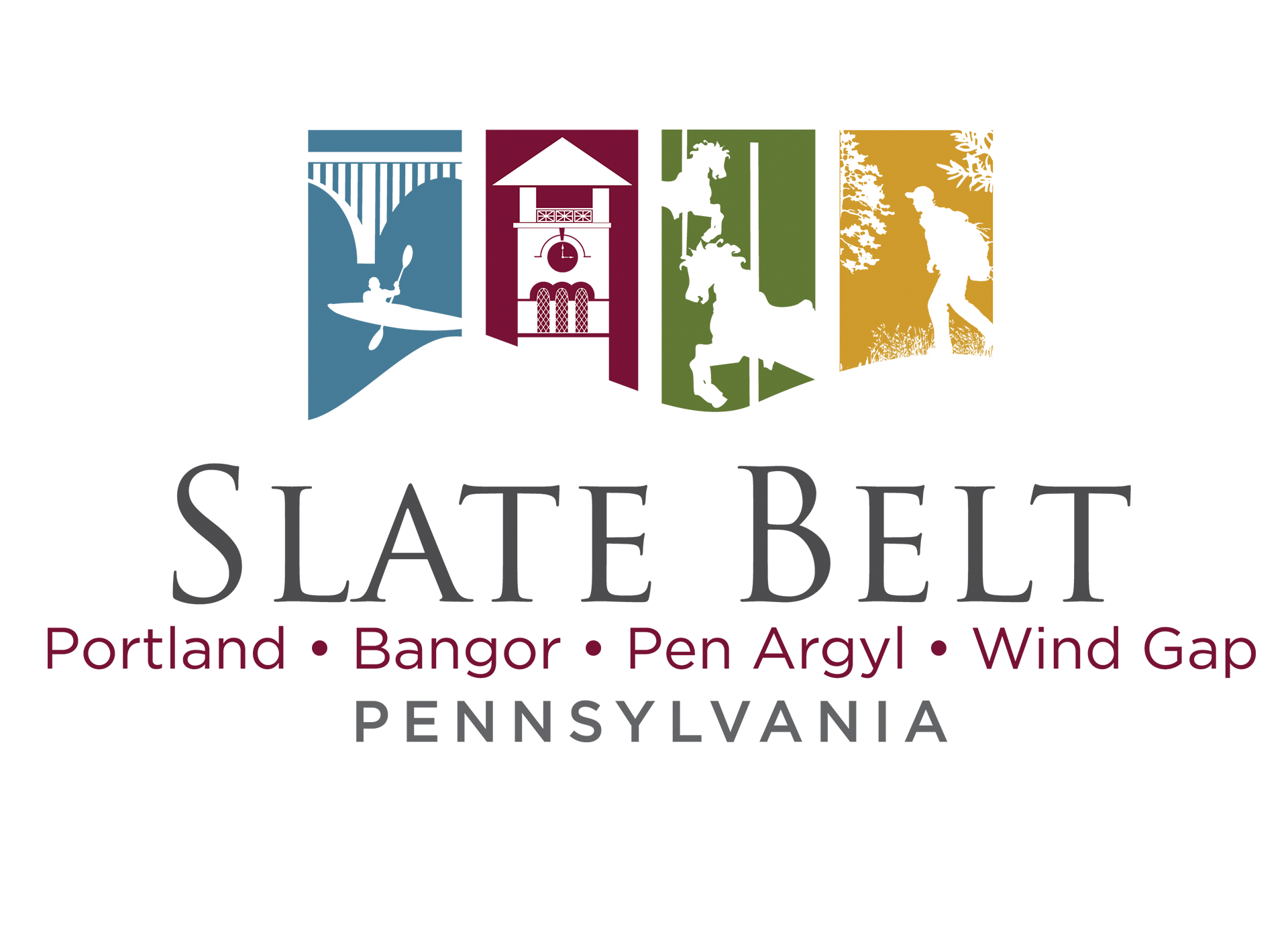 In the Slate Belt, the challenge of designing a new logo was that it had to encompass the overall personality of the region while highlighting the individual assets of each community. The logo was also designed to be flexible, allowing other Slate Belt communities to join the branding beyond Bangor, Pen Argyl, Portland and Wind Gap. Two logos, both meeting the described challenges, were designed in two different styles: contemporary and classic. Both logos use an identical color scheme, similar font stylings and iconography to highlight each community. Both designs are displayed below.

Read More about what is going on in the Slate Belt. 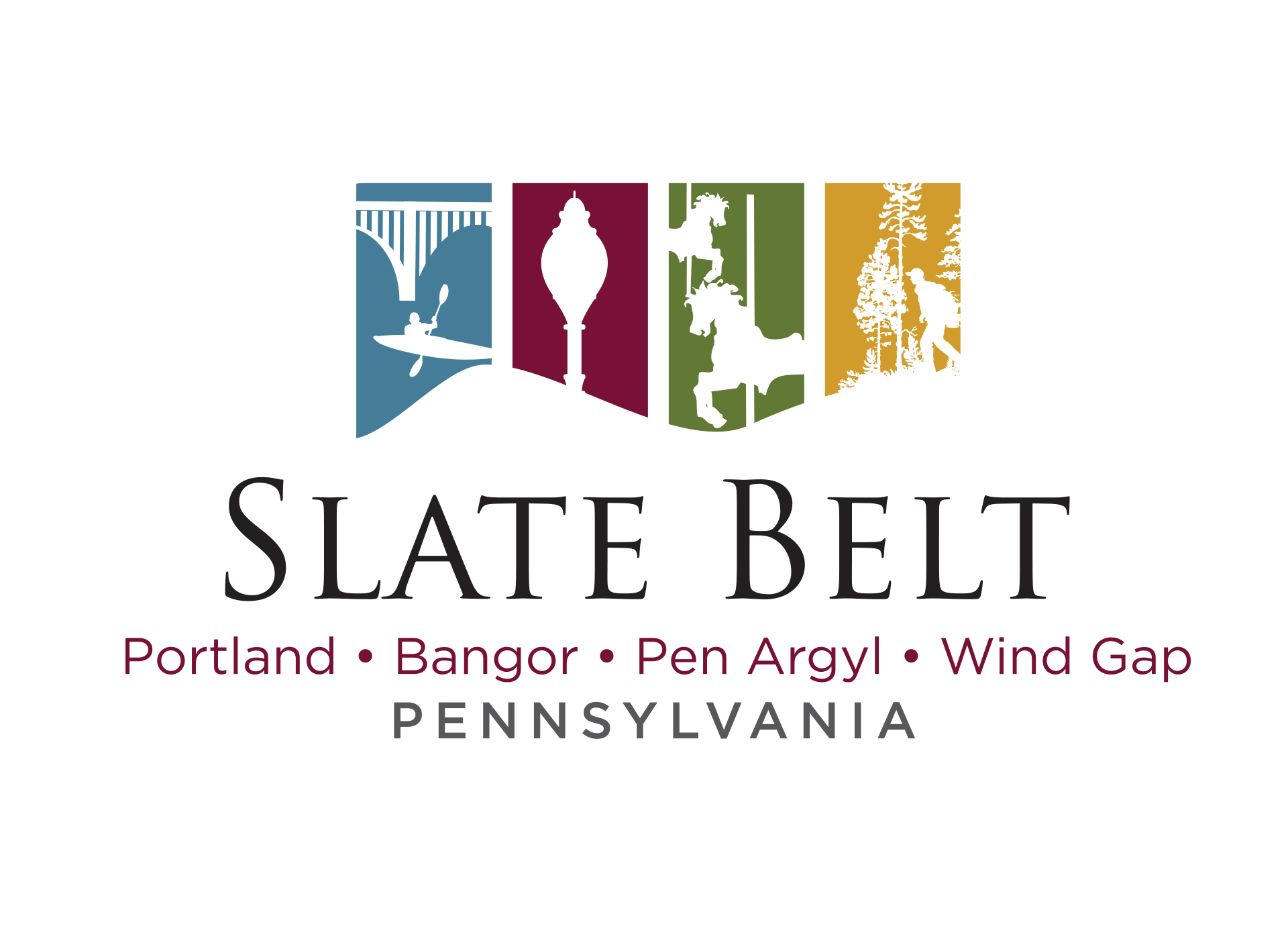 The contemporary design tackles the challenge of separate and unified identity by placing each community’s icon in a row in order to build the greater regional brand. The sloping bottom of each icon flag also creates an illusion of the rolling hills which surround the Slate Belt. If additional communities want to join the branding in the future, icons could be designed to continue building the hills. With large, bold icons, this logo will work well in both print and digital. 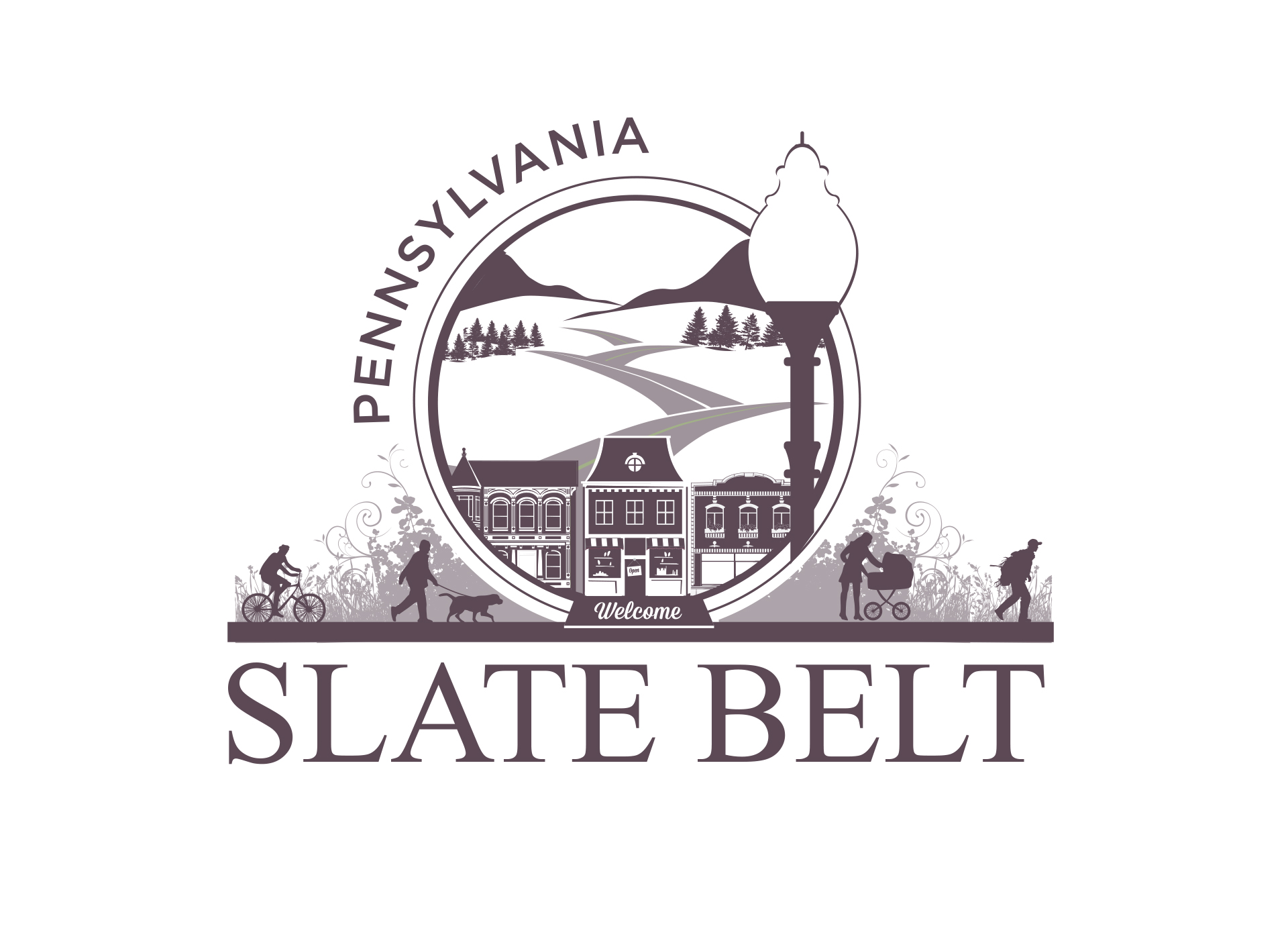 The classic design also highlights the individual attributes of each community while using the space to tell a bit of a narrative through iconography. The overall brand combines these icons into a larger brand that matches the shape and size of the community brands. In the event that another community wants to use the branding, a new community logo would have to be designed.